There are three main reasons people decide to bring in outside advice: 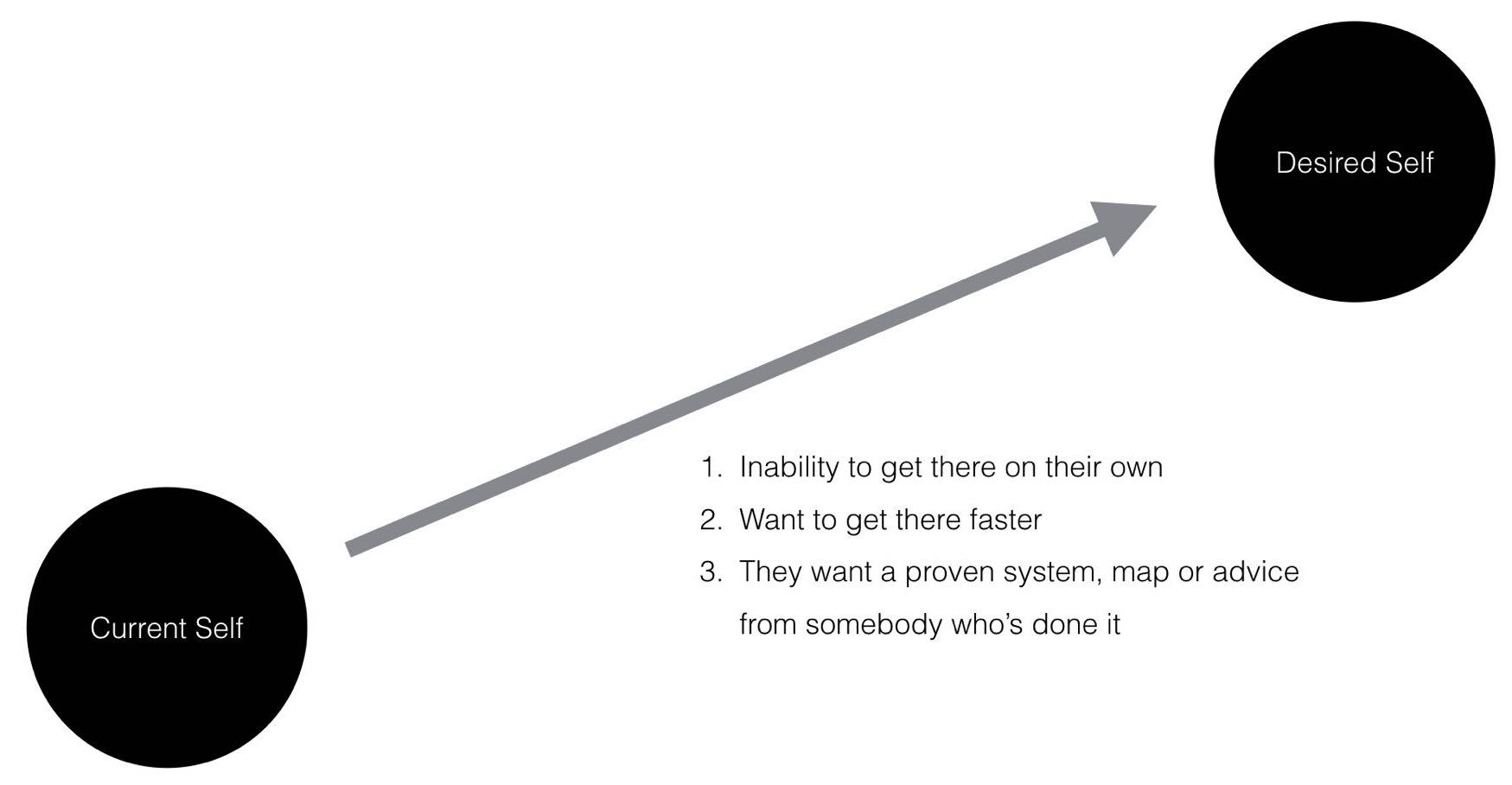 1. They can’t get there on their own.

They tried and they failed, but they know it’s possible and they know other people have done it, and they just need to find that missing link.

2. They want to get there faster.

People want to achieve things as quickly as possible. Really smart people also understand specialization, and that if they try to learn something from scratch, they are going to learn it significantly more slowly than having an expert teach it to them.

If I’m trying to launch my first business, I’m going to make mistakes and do things inefficiently, slowing down my progress and increasing the time it takes to reach my goals. That’s an unavoidable reality as someone with no experience.

But I’m not the only person on the planet. There are other people who have built successful businesses before, made the mistakes I will likely make, and learned how to do things efficiently. With their help, I can skip a lot of the biggest potholes and get to my desired state much faster.

3. They want a proven system to reach their goal.

Some people simply don’t have time to guess or experiment. They want results and they want them now, and they know the ONLY way to achieve maximum efficiency is to follow a proven system from someone who has already accomplished exactly what they wish to accomplish.

This desire for a proven system from someone who has “been there, done that” has created thousands of highly successful businesses, and it’s the reason virtually anyone who has achieved something of note can create a business selling that expertise to those wanting to follow in their footsteps.

Do you find yourself in any such situation?